I stroll into my Monday morning lessons, my fingers well and truly shredded from a Sunday climbing sesh. Again. My students, as always, greet me with ironic and knowing smiles – in the few years that I’ve known them, they’ve come to expect little else. 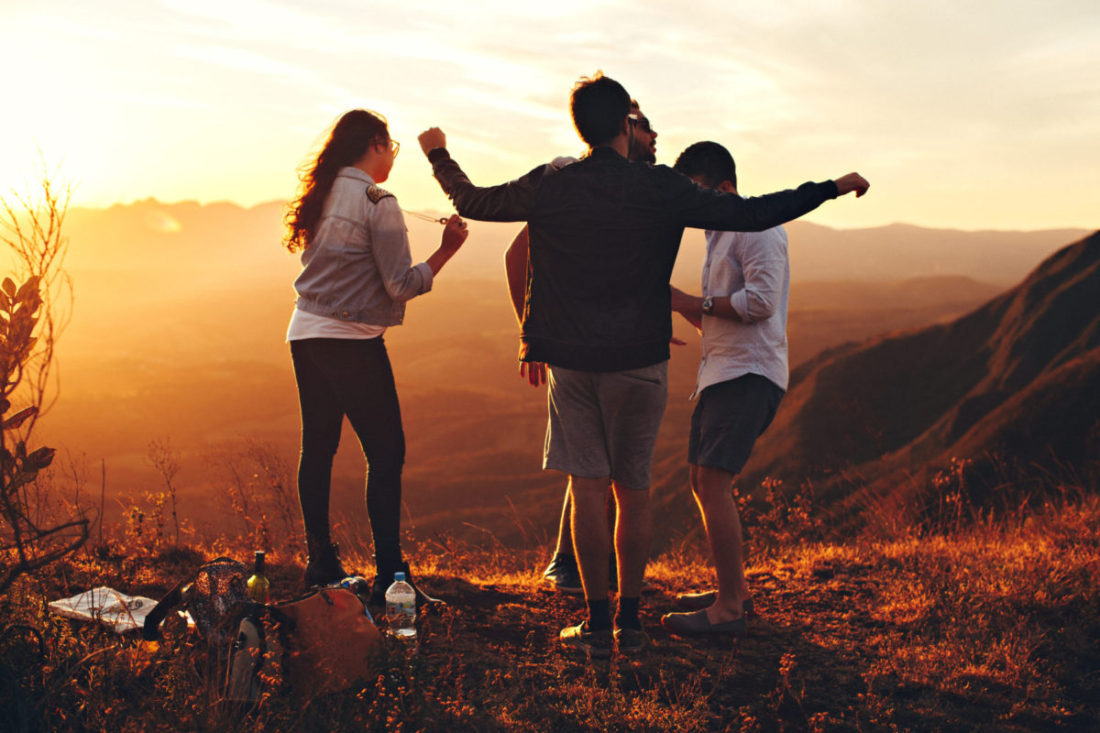 “I just don’t get why you do it,” said one of my students that morning, ogling my fingers with a look of concern, “you risk injury, death, scare yourself silly, and every week turn your hands into bloody mush. Most people would want some kinda compensation for that! There’s something very Van Gogh about it. I mean, it’s not obligatory.”

Since I was diagnosed with bipolar disorder as a teenager, the outdoors have, in fact, become something of an obligation. While they have broken the odd coccyx, elbow, and had fairly destructive tendencies towards my fingers, over the years they have been more of a saving grace than any other medication, coping strategy or therapy I’ve known. Their compensation for my various injuries, I can genuinely say, has been nothing short of saving my life. In the last decade, I have summited a handful of 6,000m peaks, traveled and climbed extensively in the Himalaya, Rockies, Dolomites, Julian Alps, and also the French, Swiss and Italian Alps. Along the way, these adventures have given my life not only a source of joy and camaraderie, but also a degree of stability and purpose that, without them, I might never have come upon. Below is a list of 5 ways in which spending time in the outdoors, has saved my life.

As a young man I was excessively endeared by the various enticements and potential trappings of a high-flying career, social esteem and so on. I lived in dusty university libraries and counted my well-being and success in terms of the number of papers I’d published, the acclaim I received from my peers and the upward progression of my salary. Neglectful of my inner angst and spiritual disquiet, I was unable to see beyond the closed system of that environment and framework, much less know its limitations, until I’d made my first forays outwards and upwards.

I remember my first outing in the Alps as a mendicant or ascetic might recall his deliverance or awakening, or as a death-row inmate might his reprieve. Though not a religious man, to dismiss the moment as anything less than beatific and nigh on mystical would be to do it an injustice. I remember clearing the tree-line and soon feeling as though I’d been gifted a new set of eyes, ones free of the blinkers and withering myopia I hadn’t know were there until then. I felt like me, only better, somehow bigger, and newly armed with a tool and resource that would never let me submit to such a limited outlook and mindset again. The greatest gift the outdoors have given me, therefore, has been perspective.

Nowadays, my greatest pleasure in summiting a lofty peak, or even simply excusing myself from my daily affairs for a few hours of trail-running or cycling, is not any feeling of pride or chest-beating machismo, but the recurring insight which visits me there. From up high, I am able to look down on all the various hassles, intrigues, worries and woes of the working week with a new-found degree of clarity, a touch of irony, and a very cathartic disregard for all the non-events and irritations which I am often guilty of according an overblown degree of importance.

Whenever I have thoughts to clear, or feel the onset of either a depressive or manic episode, I’ve found that the inner tends to mirror the outer: mental quietude and coping with some measure of equanimity, for me, have always been far more easily achieved in quiet places, preferably mountainous ones, than amidst the noise and distractions found at home or in the office. An ever-dwindling resource in our culture, silence is fast becoming the exclusive preserve of the outdoors – they are its last repository and asylum. For anyone seeking relief from the often excessive aural stimuli to which we are exposed in our society, therefore, the outdoors might be considered our sanctum sanctorum, the only place in which we might recover the ability to hear the whisperings of our own, internal, unique voice that are so often drowned out by the clamor and mental busyness experienced elsewhere. 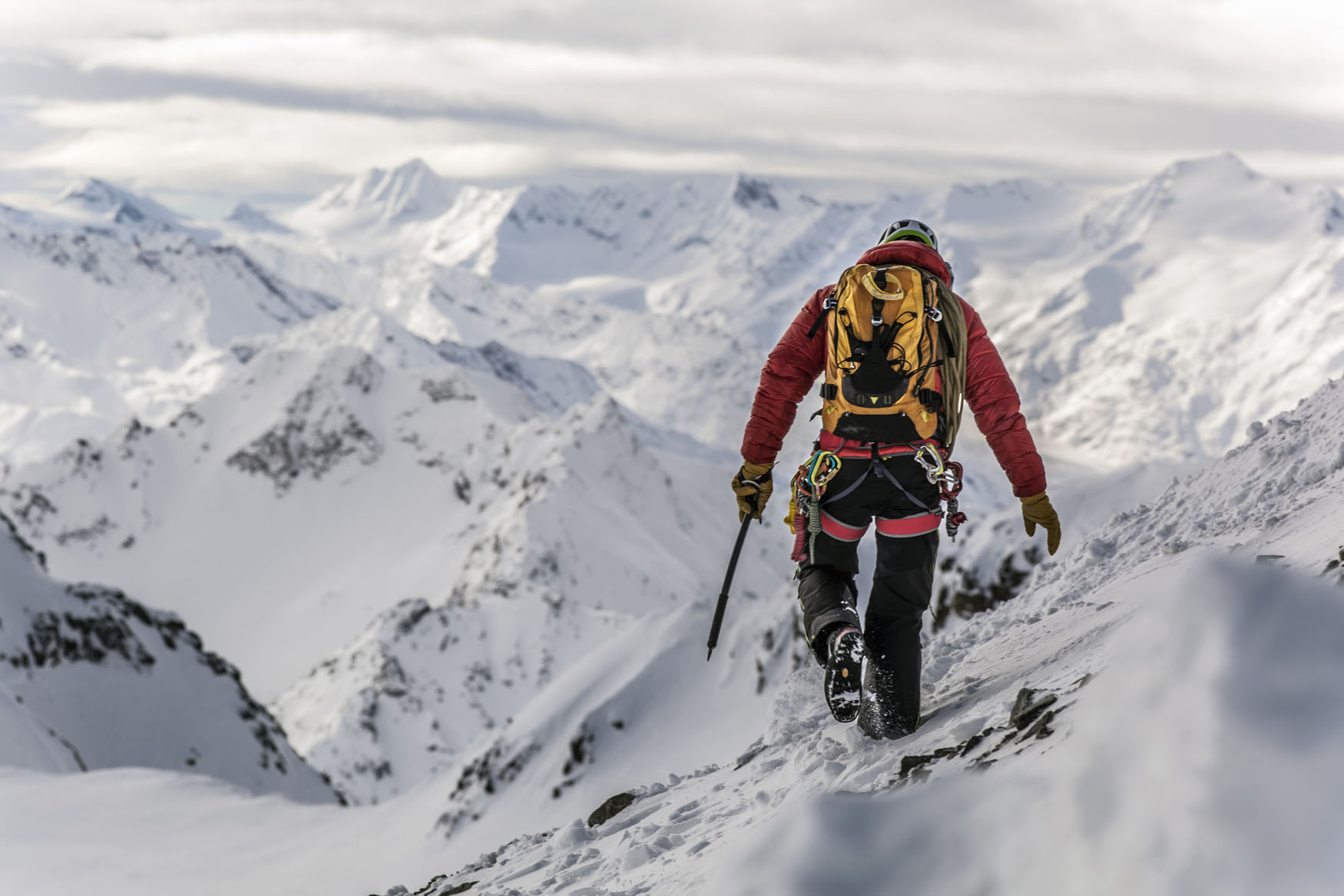 Meditation, in my fairly unrefined understanding of the practice, is a means of facing life more directly and simply being with what we encounter in our experience, free of the consuming and distracting influence of excessive thought.

Finding oneself several hundred feet above the nearest landing place on a thin strip of rope – or minus the rope, even – is a remarkably effective means of achieving something very similar, of excluding the nonessential and prioritizing head-space for those things most deserving of it. One wrong move, after all, and you’re a goner.  Ventures over 12,000ft, moreover, have taught me that thoughts, despite their merely ‘metaphysical’ character, have weight. Trying to carry one at that altitude whilst simultaneously negotiating a glacier, crevasse, cliff-face or ridge just isn’t going to happen, not without compromising the ability to do so safely and at a decent rate of progress. When all energies are focused on the next step, handhold or foothold, and the consequences of not doing so well are potentially grave, my mind enters the present moment as it rarely has to or can during my day-to-day life. The result is a degree of calm, composure and a feeling of connection that I find hard to attain elsewhere. What is simply not available to me in the town or city, and only glimpsed in the meditation hall, arrives in spades whenever I find myself ‘out there’, suspended several hundred feet above a precipice, tip-toeing a paper-thin ridge or beating an ice wall with the mantra-like rhythm of crampons and axes. 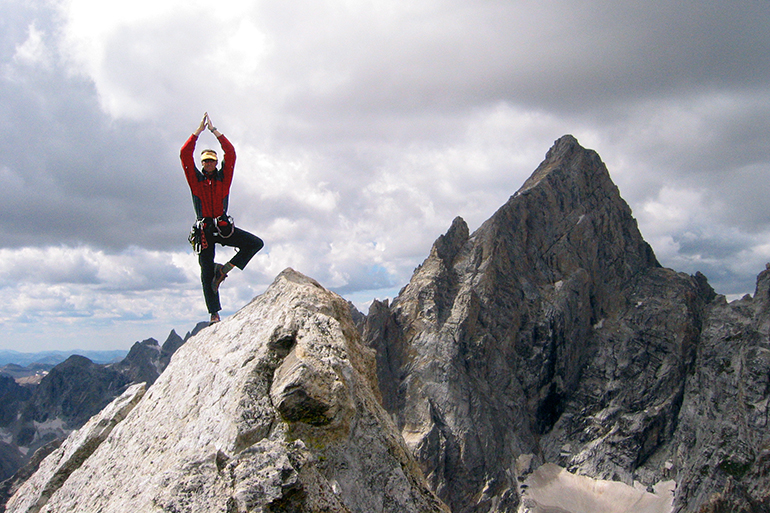 I run five miles per day and have done so since I first discovered the psychological benefits of doing so in my mid-twenties. Though my friends and associates are apt to question my sanity for such dedication and exertion, I console myself with the thought of what that sanity might look like if I were to forego my daily fill of nature and physical effort.

In much of my early adult life I was a largely sedentary creature.  I didn’t fare too well. Episodes of mania or depression were frequent and hospital visits not uncommon. I twice overdosed on medication and count myself lucky to be alive. I’m sure my lifestyle at that time was largely to blame. The common modern circumstance of deskbound inactivity, I believe, is one we have not yet had time to adapt to as a species. A mere 30,000 years ago – a snippet, in evolutionary terms – homo sapiens were an active, nomadic, hunter-gatherer species endlessly engaged in the task of ensuring their survival. Our brains and bodies still crave that action. Movement, particularly the vigorous kind done in the outdoors, has therefore become my surrogate for the prehistoric ‘hunt’, the release or ‘out’ which has allowed me to scratch that primal itch, get my daily endorphin hit, and burn off the energies that otherwise might be used to fuel either of my neural nemeses.

Life is replete with means to ends. A’s-to-B’s. Ambitions little and large. Though many of us take to the outdoors with a physical or psychological objective in mind, at some point the subtler effects of our activities are sure to occur to us, even if only in glimpses. When thoroughly engaged in our sport, whatever it may be, we place a set of parentheses in the midst of our daily, habitual pursuit of goals and longing to get somewhere. Between them, something magical happens, something I’ve found imperative to both my survival and my enjoyment of being human. For once I feel relieved of the grasping, groping burden of ambition, of purpose, and find myself doing not for the sake of progress or attainment, but for the sake of doing alone. This, some say, is leisure. Others might call it art. Others still, life…

The same student who asked me why I climb posed another pertinent question not so long ago. What would I do if a serious injury prevented me from heading outdoors? Although I consider the outdoors as having saved me from a life of what Whitman called ‘quiet despair’ and much else besides, I feel I can now say that what at first was a ‘coping’ strategy has become not only that but a means of flourishing and self-betterment. The mountains, nature, and the outdoors in general are a source of education and insight as much as one of relief and solace and pleasure. While I’m sure I’d find a way of getting back out and up there somehow, I like to think the lessons I’ve learned and the changes I’ve undergone as a result of my experiences in the outdoors have each taken me past a point of no return and are irrevocable. Whatever the future may hold, for this I shall be eternally grateful and forever in their debt. 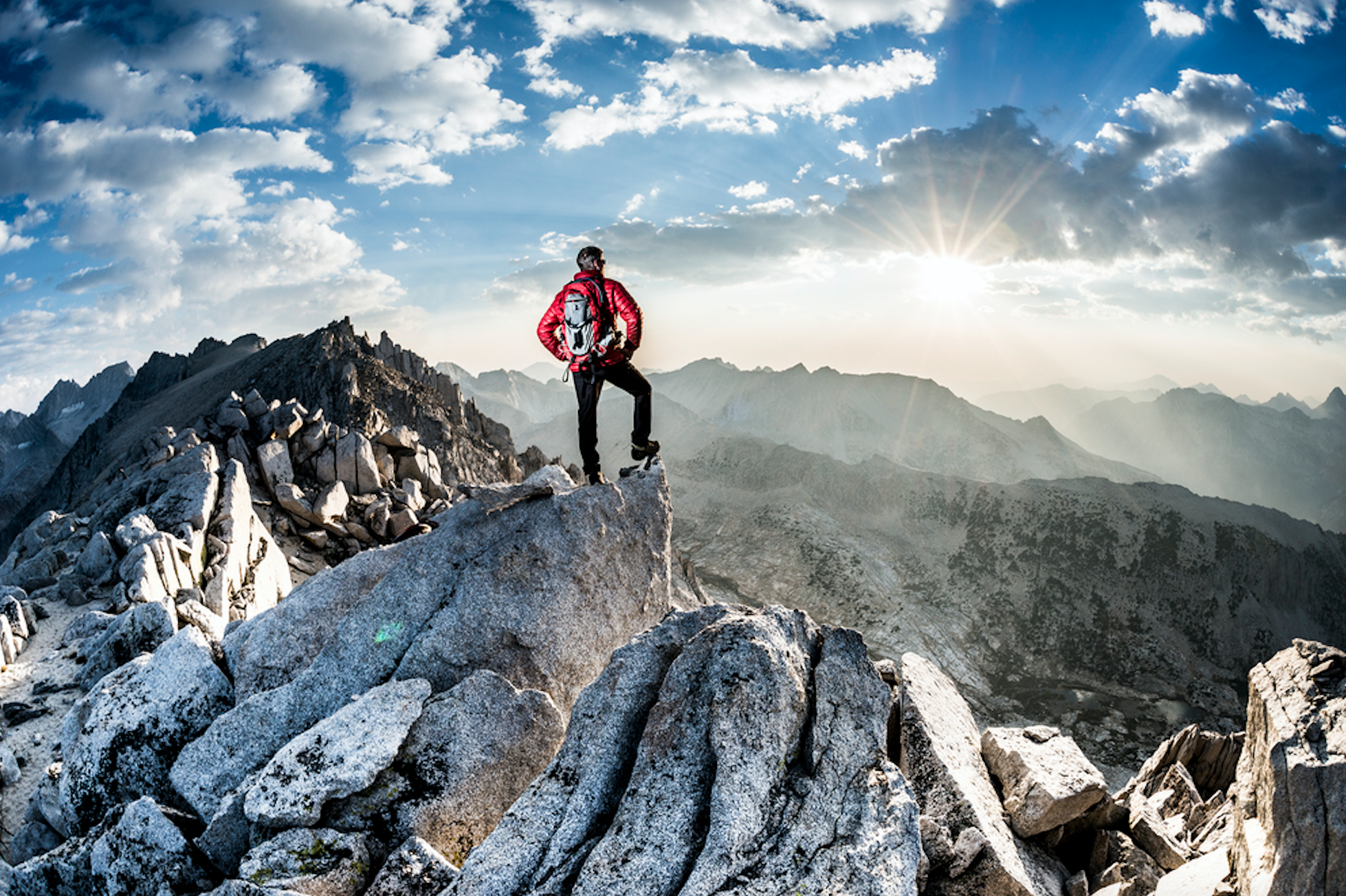 7 of The Best Technical Backpacks Under $250