Per the World Health Organization, depression is now the world’s most widespread illness impacting over 300 million people of all ages. This does not include the increasing amount of those experiencing some form of stress, and anxiety disorders. Cases of stress, depression and anxiety are currently at an all-time high. Owing to heavier workloads, increased technology and urbanization, longer working days and a variety of other factors, our mental health is suffering in ways and to a degree it never has before.

The stats are kinda alarming…

According to the Anxiety and Depression Association of America (adaa.org), approximately 21.5 million American (1 in 5) adults suffer a depressive disorder in any given year and Major Depressive Disorder (MDD) is now the leading cause of disability in the US for people aged 15-44. Anxiety disorders are the most common mental illness in the US, affecting 18.1% of the population every year – that’s a whopping 40 million people! As for stress, it is virtually impossible to go through life without experiencing the symptoms and effects of stress. It’s impacts on the body and mind are wide ranging, with the Harvard Business Review estimating that 60-90% of all doctor visits in the US are stress-related.

Though these figures might make for grim reading, countless studies over the last few decades have offered hope, repeatedly demonstrating that a potential remedy and palliative to such crippling conditions such as stress, depression and anxiety exists all around us – The answer is nature.

Nature’s Helping Hand: The Many Ways in Which the Outdoors Can Work Their Wonders

“Nature itself is the best physician.”

When the man responsible for bestowing the world the Hippocratic Oath speaks of something in such glowing terms, there’s a good chance it’s worth looking into. The world has made enormous advances in medical science since Hippocrates’ time, but it’s also taken many steps backwards in terms of what’s good for our mental well-being. Our lifestyles are far busier, faster, lonelier, more sedentary and overloaded with stimuli from unnatural sources (media, social media, advertising, technology in general) than they might have been circa 400BC. What remains true of both our world and that of Ancient Athens, however, is the beneficial effect of the natural environment upon our mental health. Nowadays, moreover, science is there to corroborate ole’ Hippocrates’ bold claims. 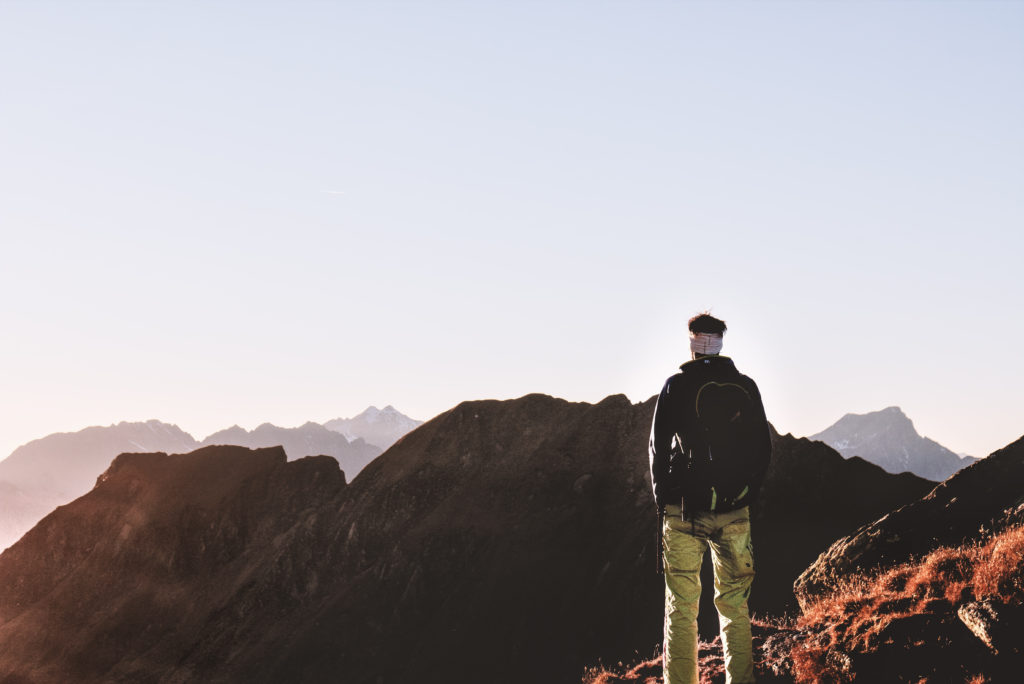 The most abundant evidence for nature’s curing qualities is in the battle against depression. When we head into the outdoors, we not only benefit from the endorphins released by our bodies during exercise, but also from exposure to sunlight (which increases our intake of mood-boosting Vitamin D), and the restorative, uplifting psychological effects of spending more time in our species’ natural environment. As historian Yuval Noah Harari highlights in his book Sapiens: A Brief History of Humankind, humans have made huge technological leaps over the past few millennia and put simply, our bodies and brains have not been able to keep up. We still need fresh air, physical activity, open spaces, natural environments and wildness enjoyed by our ancestors in order to balance our moods and counter symptoms of depression often caused by our more domesticated, desk-bound and cognitively overloaded, modern lifestyles.

Harari’s claims are backed by a wealth of findings from the academic and scientific communities, most notably a Stanford University study which demonstrated the huge differences in neural activity between participants asked to spend time in nature and others who spent the same amount of time in a man-made, built environment. Getting out in nature, the study shows, not only enhances emotion regulation but also brings us back to the things that we inherently know are good for us and our survival (trees, organic foodstuffs, natural water sources, natural light), thereby triggering a mood-shifting lift away from psychological lows.

Our brains crave downtime from our hectic, noisy, concrete, glass and steel-filled worlds, and all evidence points towards natural environments being the best place to get that downtime while simultaneously elevating our mental states and emotional well-being. If you’re feeling down, there’s a good chance a hike, run, bike ride, swim or a night camping in the outdoors could provide the mental boost you need.

2. Anxiety: Finding Calm in the Chaos 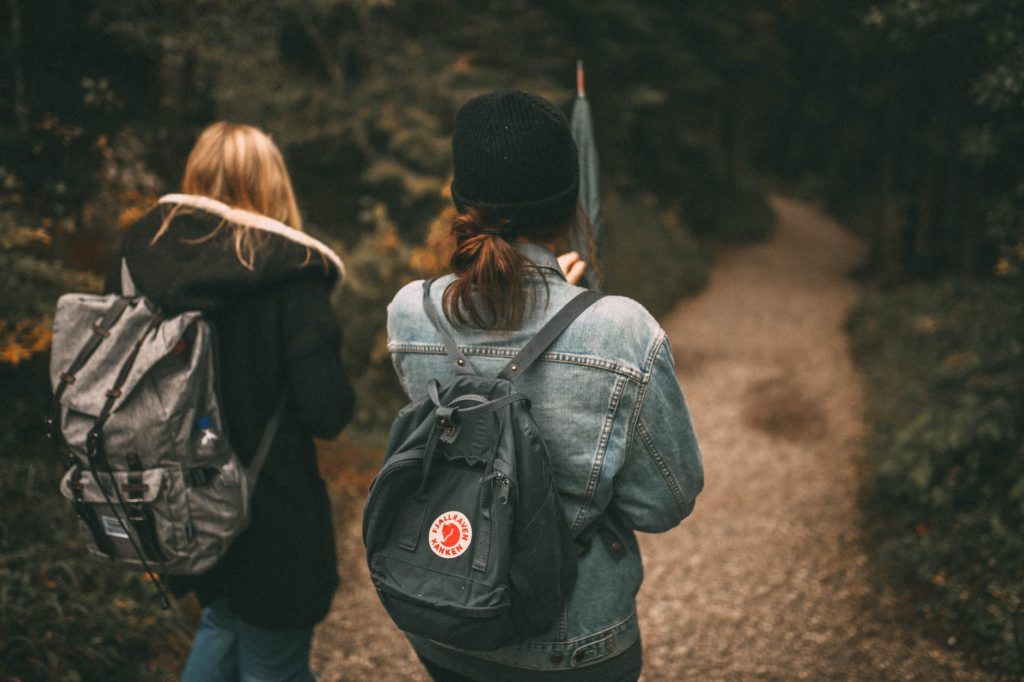 According to a recent study by Japanese researchers, walking in nature for as little as 20 minutes can be enough to significantly alter your mood and reduce feelings of anxiety. During this study, participants who had walked in the forest subsequently showed far lower stress hormone levels than they did after a second walk in an urban environment. A similar study in Holland measured its participants’ cortisol levels following a short, 30-minute gardening session and found them to be far lower than other participants sent to read a book for half an hour.

The above benefits may be largely down to the soothing influence of the natural world and getting in some exercise, but the effect of simply ‘getting some fresh air’ should not be underestimated. According to the Environmental Protection Agency, indoor air in the U.S. is two to five times more polluted than outdoor air. Outdoor air, moreover, is rich in molecules called ‘negative ions’ which have been shown to decrease anxiety and improve our overall sense of well-being.

A kind of ‘bonus’ effect of the outdoors for anxiety sufferers is that one of the major causes of anxiety is worrying about illness and health – a problem largely bettered by getting yourself fit in the outdoors while also enjoying the rest of the associated benefits.

Stress is everywhere and for those of us not enlightened to the level of a Buddhist lama it can strike at any time. These days the greatest problem for many of us is that our lives demand that we spend more and more time connected to stressors – our phones, laptops, desktops, tablets, etc. Even social networking can cause its own stresses – add 20 (30?40?) messages per network per day to your already hectic schedule and email backlog and you’ve got a cortisol clusterf**k in the making.

Unplugging is the key to reducing the hold our stressors have over us and recapturing our calm – and getting out in nature is the best way to do it. Getting away from the screens for a while not only gives our brains time to normalize, but has been shown to significantly reduce cortisol levels and lower heart rates. Other studies have demonstrated that just seeing natural environments can help us cope during stressful times, with even a little stroll in the park doing wonders in terms of psychological benefit. Needless to say, this effect magnifies the longer we spend disconnected from stress-inducing stimuli and the more we get out and about in the green stuff.

Taking Back Control: The Only Form of Recommended Self-Medication

A common struggle for many sufferers of mental health issues is the feeling of utter helplessness. Mental illnesses, for the most part, tend to be self-starters and the battle against them is one that at times can feel Sisyphean in nature – we plod on, bearing our burden whatever way we can with little respite in its influence over our lives.

Managing your mental illness and making it more liveable under your own steam can restore a very empowering sense of control and reassurance. It is, very doable. For most of us, making a full-blown return to nature by renouncing our current lifestyle and commitments is impractical and in many cases maybe not even advisable. But taking advantage of the numerous benefits nature has to offer needn’t call for such extreme measures. By committing ourselves to making daily, weekly or even monthly trips into the outdoors, we can actively devise our own ‘coping strategies’ and management mechanisms that provide a release, remedy or buffer whenever we need it.

But I live in the city! You might say.

Here’s where the fun comes in. Finding ways to get your fill of nature-time can be exciting and enjoyable. If this means planning a weekend in the Rockies or a day-trip in the Maine woods or long a thru-hike on the Pacific Crest Trail, great. For those not blessed with quite so much free time, being creative with the time that you do have can be equally fun. Check out a map of your city or town online and locate the green areas you could potentially visit. Then make a point of getting there, either in your lunch break, on weekends, or even just for a half-hour stroll before or after work. Even if you can only make it there once a week, the chances are that soon you’ll be spending the rest of the week looking forward to that day.

While many may bemoan the impact of increasing urbanization and development, there are over 200,000 square miles of protected land in the U.S. alone (that’s roughly the size of Great Britain…). Thanks largely to the early intervention and vision of nature-loving pioneers such as John Muir and Roosevelt, there are now 59 national parks, not to mention state parks, marine sanctuaries, trail systems, nature reserves and local level parks. Basically, wherever you happen to be here in the US there’s a good chance that not too far away there’s also a place you just might find to be far more effective in helping you deal with stress, depression or anxiety than any counselling, medication or other therapy you might have tried to date – and it comes free of charge, too!

We hope this article has offered some insight into how spending time in nature can help with your mental health. With World Mental Health Awareness Month now upon us, we’d like to wish all of our readers the very best and hope getting out there will prove to be as therapeutic, healing and generally helpful as we have.