Over the years, Mount Everest has attracted a fine selection of the world’s weirdest, wackiest and most wonderful characters. For the most part, however, these days the idiosyncrasy of majority of those trying to scale the world’s highest peak tends to lie in the fact that they are very wealthy westerners with little or no climbing experience whatsoever, and usually very short on anything that might be described as either ‘talent’ or ‘exceptional ability’. One exception to this rule is without question, Dutchman Wim Hof, aka ‘The Iceman’. 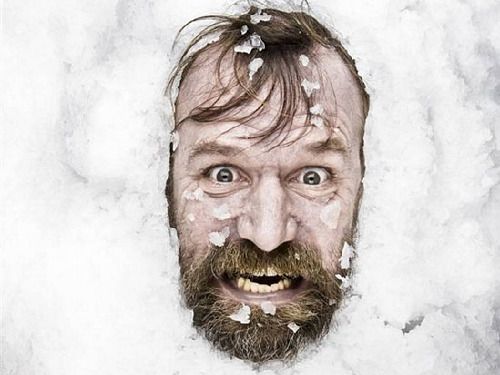 In the spring of 2007, the raft of climber ascending Everest’s south route would have seen something both remarkable and utterly incomprehensible. It must have seemed suicidal to those able to witness the raw and incredible feat. While the rest of the Everest hopefuls were setting off from their tents in down suits, high-altitude boots and oxygen masks, Dutchman Hof sauntered out of his camp in no more than a pair of shorts. He would subsequently reach 24,000ft and only fail in reaching the summit on account of a lingering foot injury. He later described his oxygen-free, almost-nude climb on our planet’s loftiest peak as being ‘easy’.

Over the years, Hof has made a habit of such feats, having as a teenager discovered a unique ability to withstand the cold and later having set out to test himself and gain recognition by repeatedly pushing his body to its ever-loftier limits. He has run marathons in the Article circle in shorts and bare feet and in the Namib desert without so much as a sip of water. He has been submerged in 700kg of ice for nearly two hours without his core body temperature dropping so much as a fraction of a degree. More recently, he has volunteered himself for scientific trials, allowing scientists to inject him with endotoxins to prove that he can not only regulate his body’s temperatures, can also regulate both his nervous system and autoimmune system. 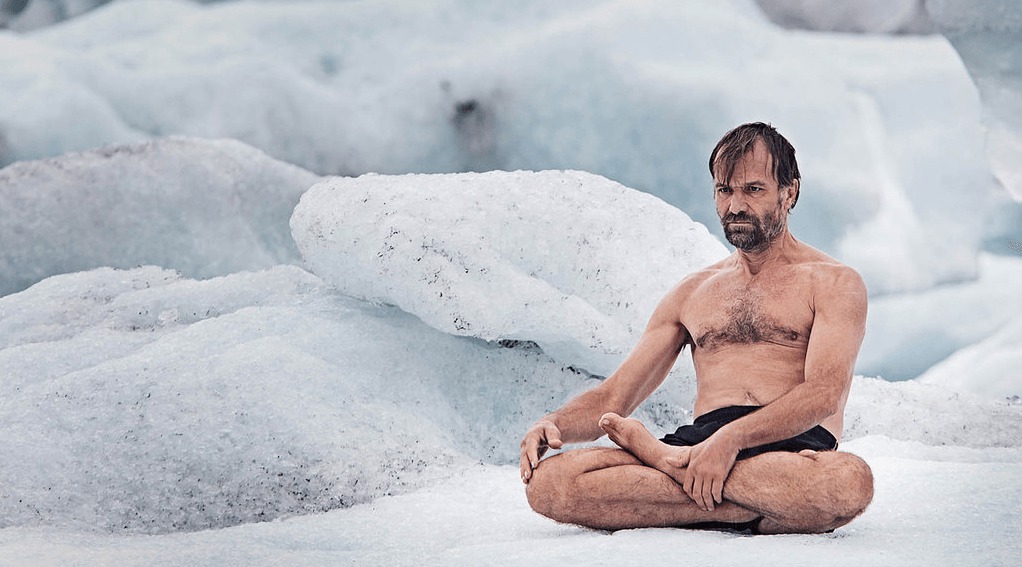 Hof has credited his mind-boggling abilities to exposure to the cold, meditation and breathing techniques to the Tibetan Tantric meditation technique tummo, which is believed to generate yogic heat. His techniques, put simply, make the C02 level in his blood drop and the 02 level rise, meaning he has higher oxygen levels which in turn permit his body to perform at far higher capacity than your average mortal.

While the motive behind Hof’s daredevil stunts has mostly been to gain recognition and to demonstrate his belief in his method, more recently his focus has shifted to supporting his claims that with adequate training, the ‘average mortal’ can do exactly the same as him after all. Hof believes that many of the illnesses existent in the world today and many of the psychological difficulties from which modern humans suffer can be overcome and avoided through adherence to his method. He breaks the mould of most purported ‘gurus’ making no claim to uniqueness or superiority and has maintained, since first achieving fame, that his abilities can be replicated by anyone. In recent years, Hof continues to teach workshops and training courses, eager to pass on his methods to an ever-growing following of believers. These methods, he claims, are not intended for shock value, but to realize far nobler and more practical objectives for positively influencing the immune system, strengthening the body and mind, improving blood circulation, improving concentration and focus, and giving greater self-confidence and ‘conscious development’.

To prove the merit of his highly controversial method, Hof initially submitted himself to a series of rigorous scientific trials and experiments during which he not only confirmed his ability to regulate his own body temperature and heart rate, double the speed of his metabolism and increase his blood alkalinity, but was also able to fend of influenza and endotoxins by hugely reducing his immune response through his automatic nervous system. Continuing the crusade for recognition and dissemination, many of Hof’s devotees and students subsequently volunteered to undergo similar scientific trials as Hof himself. The results were startling, with Hof’s students each demonstrating a similar ability to influence both their autonomic nervous system and the immune system – something previously considered impossible. The future of The Hof Method, it appeared, was looking very rosy indeed. But conditioning yourself to superhuman status, does not come without tragedy. 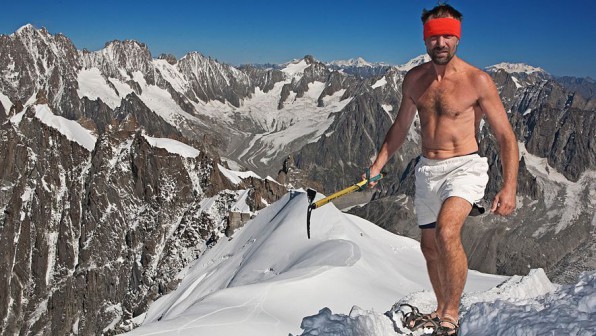 The Hazards of Becoming Superhuman

Unfortunately, Hof’s rise to fame has not been without controversy and the results of applying his methods has not always so benign nor beneficial as revealed in the aforementioned experiments.

Although Hof has stated – both in person and on his website Innerfire – that his methods must be practiced in a safe and suitable environment, not all of his followers have been so prudent as to heed his warnings. In May 2016, Dutch newspaper Het Parool reported the deaths of four practitioners of The Hof Method as a result of a ‘shallow water blackout’. Each of the deceased had been practicing Hof’s breathing techniques prior to a long underwater swim and subsequently drowned. Perhaps, the warnings were not quite explicit or strong enough.

In response to the deaths of some of his followers, others have come out viewing Hof’s approach and claims to be irresponsible and dangerous (duh). As a public figure and someone fast developing something of a cult following, Hof, they claim, is setting an example that is both difficult and particularly dangerous to follow. While Hof may take carefree jaunts up Everest in little more than his birthday suit and enjoy record-breaking swims in iced-over lakes, he also has had decades of training and is almost surely blessed with a rare form of genetic peculiarity which makes his exceptionally badass and amazing feats more achievable than the rest of us mere mortals. Despite the claims concerning resistance to extreme temperatures, Hof has made equally concerning claims on his website, his interviews and on Dutch National Television.

When pushed by a Dutch TV presenter for Limberg 1 as to whether or not his method could cure cancer, Hof at first declined to answer, then replied in the negative before finally switching to the affirmative with the proviso that “proper research is necessary for this”. He then went on to say it was possible that “95% of all diseases, amongst which are numerous types of cancers, can be cured” using his method. He continued:
…we have shown now, as the first group in the world, that the autonomic nervous system, of which science up to now was telling that you aren’t able to influence, we can influence this in relation to the immune system. This means that every human from this moment on can influence his autonomic nervous system in relation to his immune system and can learn to do this in really short time.

While Hof no doubt has only the best of intentions and has never explicitly attempted to sell his technique to the sufferers of illnesses or the medical community as a whole, by making such claims he has unwittingly accrued a following of sick and diseased subjects to whom, it seems, he may well be giving a false sense of hope. It is one thing to let people believe they might one day jaunt up Everest in their underwear or survive a winter without having to turn on the central heating, and another to suggest they may be cured of a life-threatening illness.

The Iceman himself might well be remarkable – revolutionary, even – but his method and extravagant claims, as exciting as they may be, for now remain best approached with caution, a degree of scepticism and served with a sizeable pinch of salt.