You probably already know that “Australian Rules” means no rules but it can also mean ignoring conventional wisdom. For most off-roaders, a deep river with an obvious current means searching the river bank for an easier place to ford where you might not drown in the attempt. However, using the Australian rules method you simply dive in and drive across to the other side. Check out the Aussie off-roader in the accompanying video and see one of the most miraculous river crossings ever attempted in a 4×4. 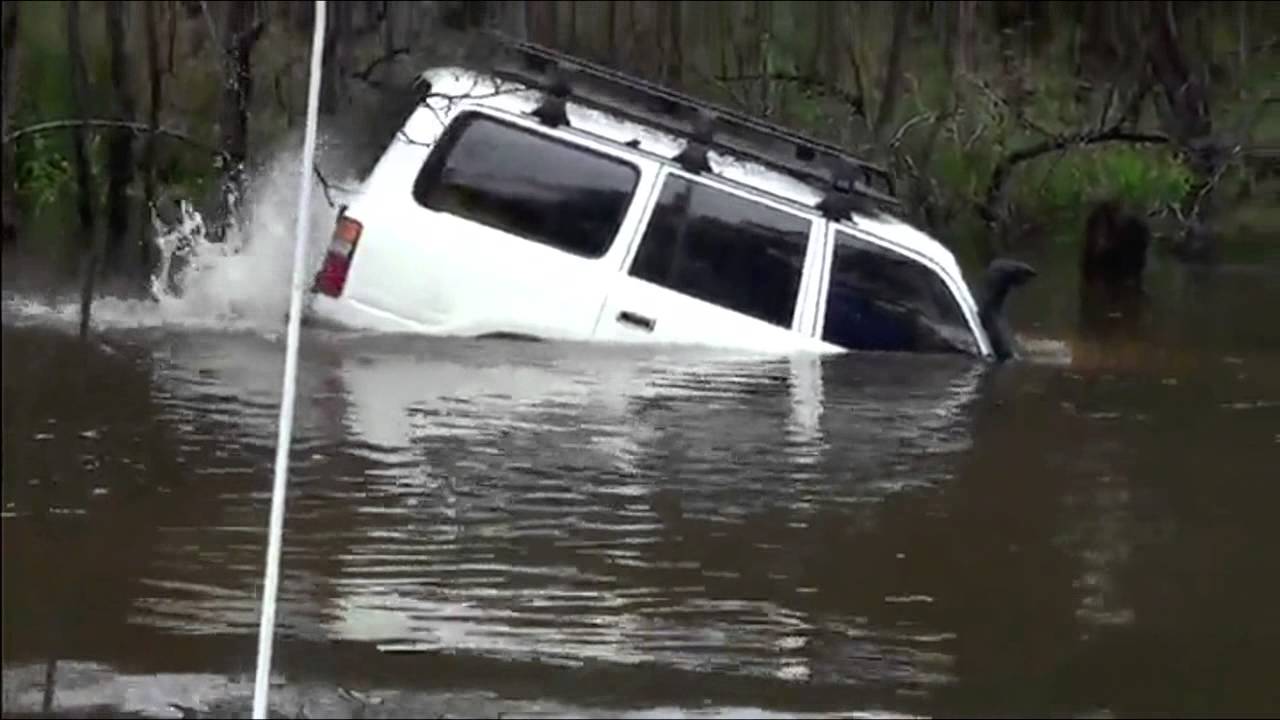 How did he do it? If you look carefully at the right front fender you’ll notice he has installed a snorkel/air ram device that keeps the engine fed with the oxygen it needs to fire the spark plugs. With the engine running and the rear end just barely submerged, the pressure from the exhaust prevents the river from entering the tail pipe and flooding the engine.

Keeping the deep tread tires churning and getting a little help from the current provided the propulsion needed for a “No worries Mate” ending. Is this an idea that will catch on?

Arguably The Best Off-Road Vehicle In Its Class

Toyota’s Land Cruisers had earned a reputation as tough, reliable SUVs but when Toyota released the Series 80 in the United States they were shooting for a more luxurious vehicle that rode like a sedan rather than a truck. They succeeded big time.
Watch Video

The cabin was dressed up, soundproofing was improved and you could even order leather seats if you wanted. The interior looked classy, it rode quieter, handled more like a station wagon than a truck but under the hood and under the chassis remained the proven guts of a 4×4 off-roader.

from the web
So the marketing objective of appealing to both sides of the family, the one who wanted a respectable and luxurious ride and the one who wanted to kick up some mud was met with one caveat…the EPA rating was 12 mpg city and 14 mpg highway.

The Proof Is In The Pudding

Marketing hype is the lifeblood of the auto industry particularly when they introduce a new model. With few exceptions, how that hype stands up to reality usually takes a few years for consumers to build a consensus based on their experience.